Loy Krathong is next Wednesday! How excited!!! Today, I’ll talk about what a Krathong, the traditional one, is made of. This one will be my third and final Loy Krathong content for this year. 😀

If you would like to check out my first and second one, please, follow the links below..

2st/ Where would you go for this Loy Krathong Festival? 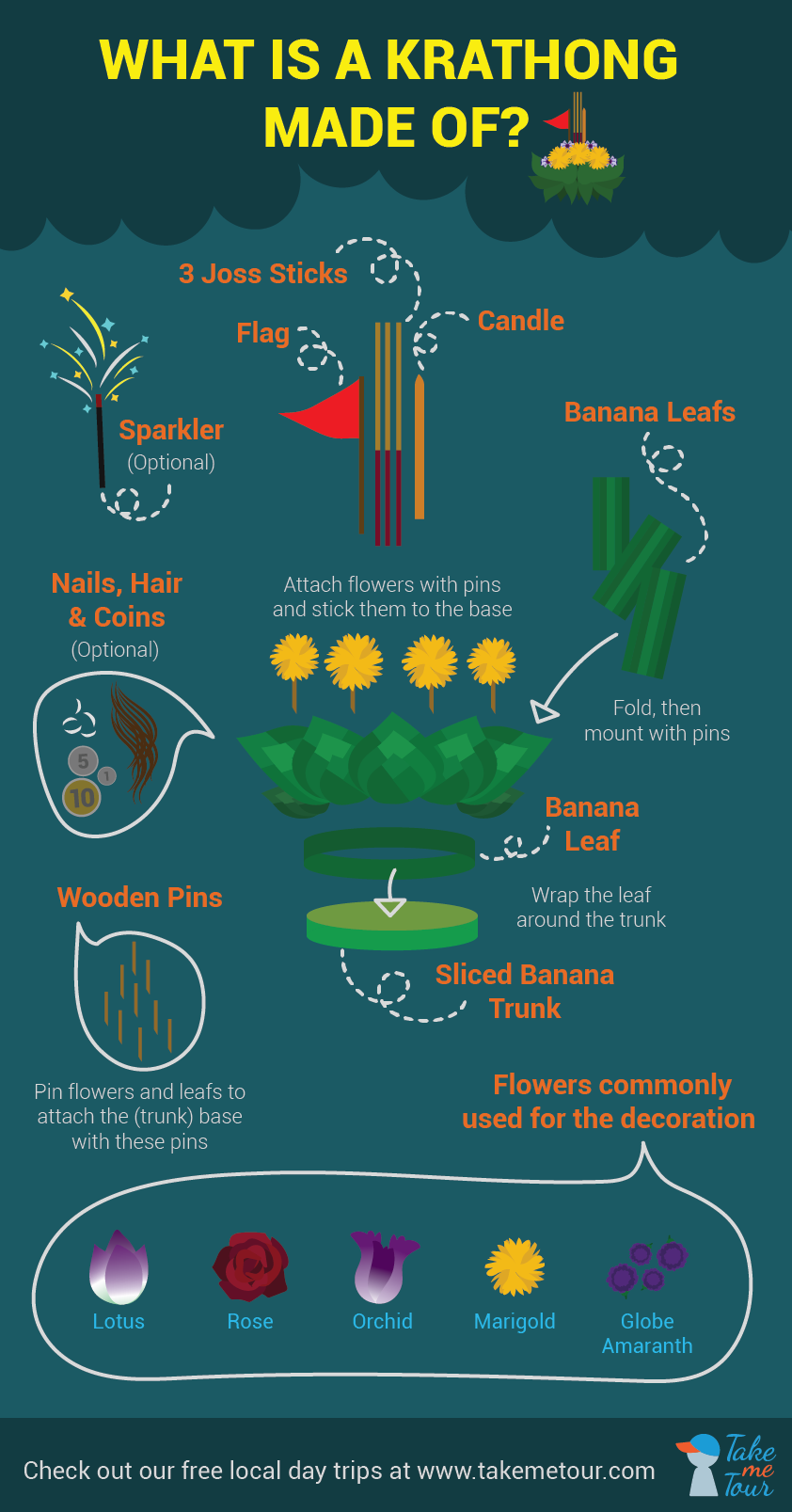 One long piece of a banana leaf to warp around the trunk base and some rectangular-cut ones to fold over and mount on the base.

After you are done with mounting banana leafs on the base, it’s time for a flower decoration. Basically, use pins and stick one at each flower’s bottom, then, mount them on the Krathong. Lotus, Rose, Orchid, Marigold, and Globe Amaranth are the most common/traditional flowers used for the ornamentation, but you can use whichever kinds of flowers you like to garnish your Krathong.

These things will be sticked to a Krathong only when you are done with the garnishment and everything is ready. 3 joss sticks and a candle are symbols of worshipping and respecting, in this case meant for the Goddess of Water called Phra Mae Khongkha. Remember to use 3 joss sticks because 3 sticks means to worship and to pay respect to Buddha and other Gods, but 1 joss stick symbolizes as paying respect for spirits of those who have passed or ghost. A flag is optional, but it’s sure a traditional ornament of a Krathong.

This one is totally optional. Sparkler, or Fai Yen (in Thai), is used for a gimmick and a beautiful picture of a Krathong when floated to a river.

Let’s get back to the original purpose of Loy Krathong Festival. Not only we celebrate this occasion as to pay respect to the Goddess of Water, but also to float away (as a sign to let go) our anger, hatred, grudges, etc. So, we cut our nails and hair and put them in a Krathong. It’s said from the old era that when bad things happen in our lives, how people will cut their hair and nails as a sign that they have led go of all the bad/sad thoughts and feelings. Coins are put on a Krathong too as a symbol of merit. It’s from our Thai beliefs that those poor souls will collect these coins (merit) and somehow will be able to go to a better place.

Traditionally, wooden pins are used widely for many things. They are also used for a decoration purpose. Nowadays, some people use toothpicks instead of wooden pins since they are easier to find/buy. 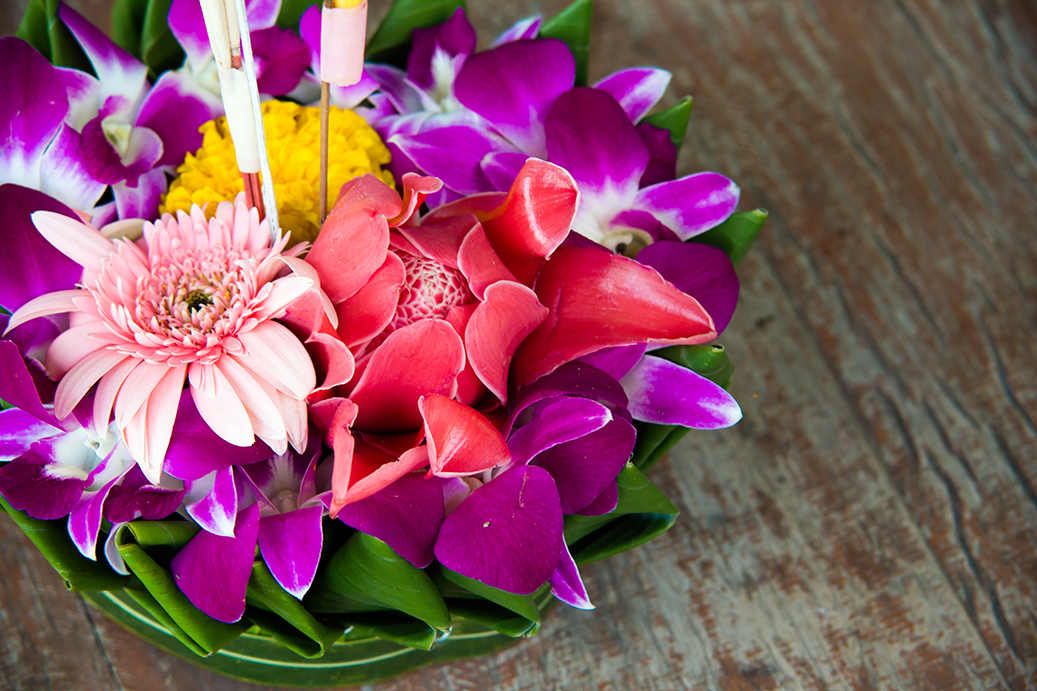 A krathong filled with flowers for this Loy Krathong festival

This Loy Krathong, if you are going to float a Krathong I would like to encourage you guys to get a bio-degradable one; ones that are made from banana leafs and bread. We know that right after the festival is finished, there will be people who come over to every river and pond to pick up all the floating Krathong and clean up. Plastic/ foam Krathongs are still a big nay-nay. You don’t want to have fish eating plastic, right? lol

Ps. If you’re looking a Loy Krathong event at a riverside hotel, please check out this link

Hope you enjoy your Loy Krathong night. no matter where you are in Thailand