Chinese New Year means the beginning of the new Chinese zodiac year and Chinese New Year 2020 in Thailand is the year of the pig. Please note that the date changes every year depending on the Chinese lunar calendar. It always falls on January or February, however, and Lunar New Year 2020 is celebrated in January.

Lunar New Year in Thailand is, like in other Chinese communities around the world, a family reunion time. That means some activities are privately done among relatives, such as worshiping the Chinese deities and ancestral spirits and giving red ang bao envelope filled with money and mandarin oranges for luck.

Luckily, a lot of Lunar New Year celebrations are meant to be public spectacles. Visit the following Thai-Chinese communities and be awed by the extravaganza of Chinese New Year in Thailand. 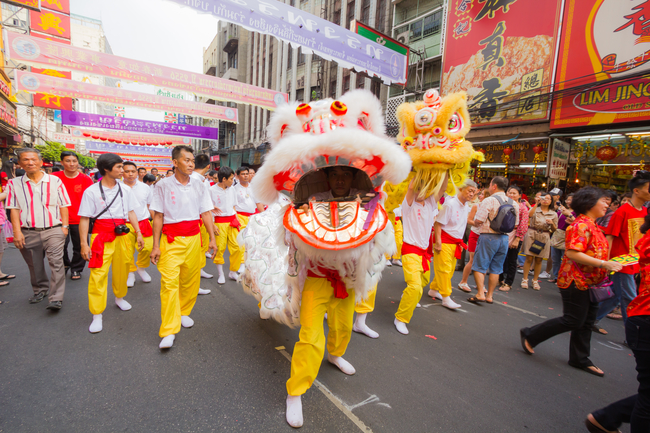 Yaowarat Chinatown, also known as Bangkok Chinatown, is the world’s biggest overseas Chinese community. While it’s already on most travelers’ Bangkok itineraries, Yaowarat Chinatown during Chinese New Year in Bangkok is an experience on a whole new level. Start your Chinese New Year in Bangkok by praying at Wat Leng Noei Yi or Wat Mangkon Kamalawat, Bangkok’s biggest Chinese Buddhist temple. Then visit Yaowarat Chinatown’s smaller but no less revered shrines. In addition to the usual street food stalls and shops, Yaowarat Chinatown’s streets are adorned with red lanterns and transform into a stage for rare sights like lion dance and dragon dance. If you’re lucky, you can also catch Chinese opera shows.

After enjoying the shows, veer into the back alleys of Yaowarat Chinatown for some respite from the crowd. During Chinese New Year in Bangkok, you’ll see lots of everyday stuff like shoes, jewelry and even iPhones… all made from paper. Along with spirit money or hell bank notes, these joss paper items are burned for the gods and the ancestors. Even in the afterlife, some luxuries don’t hurt. 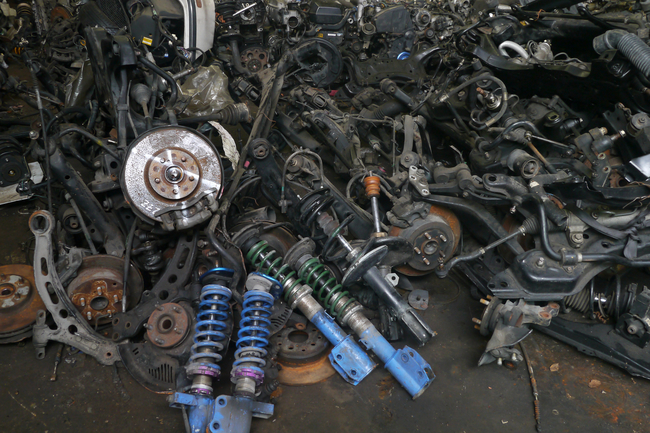 Best Places to Visit during Chinese New Year in Thailand: When celebrating Lunar New Year in Talad Noi, take in the details, including the local auto part business.

One of Bangkok’s best-kept secrets for over 200 years, Talad Noi is one of the most important Thai-Chinese communities in Thailand. Visit Chow Sue Kong Shrine, which is the oldest Hokkien Chinese shrine in Bangkok, for a good start. Then head to another highly revered shrine, Hon Wong Kung Shrine.

While Talad Noi is usually a quiet neighborhood and its festivities aren’t the most spectacular for Chinese New Year in Bangkok, it has a lot of character. Street arts that reflect the community’s Chinese heritage. The elaborate privately-owned Chinese mansion Sol Heng Tai that you can actually enter. Heaps and heaps of spare auto parts, which are an important local business. Interesting, isn’t it? Talad Noi is worth exploring all year round. 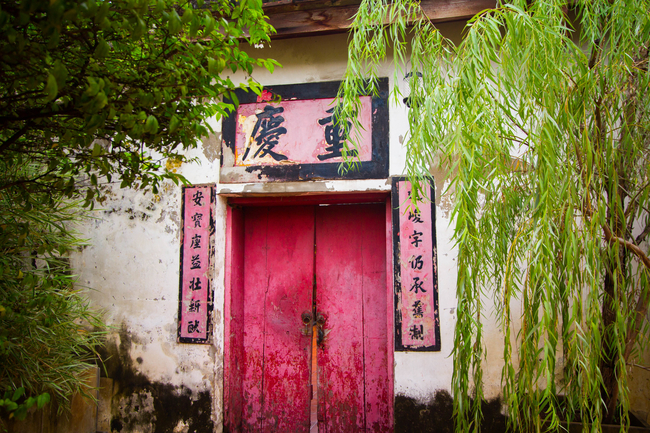 Kudi Jeen is actually a multi-religious and multi-national community. In addition to Thai-Chinese (Jeen means Chinese, after all), it’s also home to the Thai-Portuguese community and the pink Santa Cruz Church. Khlong San is now rising with Lhong 1919, the historic riverside Chinese warehouse-turned-lifestyle space.

You’ve probably seen photos of a giant golden dragon (the biggest in the world!) emerging from the clouds before. The dragon is actually Dragon Descendants Museum, part of Heavenly Dragon Park in the small yet charming city, Suphan Buri. Journey to the west of Bangkok and you can learn and experience the history and culture of Thai-Chinese communities through fun multimedia. Please note that you have to enter in group with the museum guide. Audio guides are available in other languages. Then stroll and shop in the Chinese-style Celestial Dragon Village and pay respect to Suphan Buri City Pillar Shrine nearby.

After a visit to Dragon Descendants Museum, don’t forget to explore Suphan Buri more. While the other areas might not offer a grand Chinese New Year experience, Suphan Buri is home to authentic, UNESCO award-winning Sam Chuk Old Market. Walk along the rows of century-old wooden homes with retro souvenirs and yummy street food in hand. Isn’t that a good idea to start your Chinese New Year 2020 in Thailand?

5. Old Town and shrines in Phuket 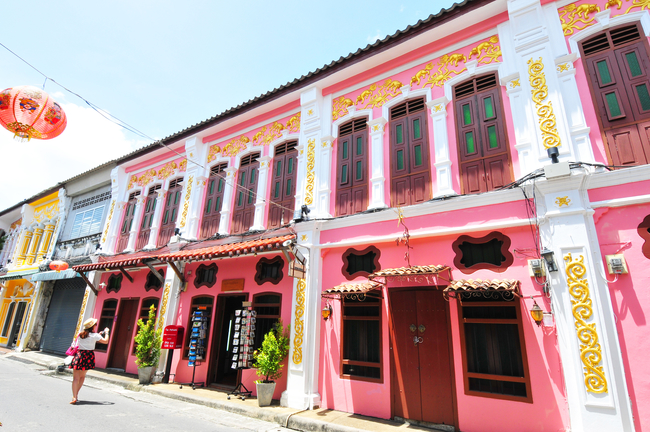 The island is about beaches for most people, but it’s time to trade the blue sea and white sand for more colorful things to do in Phuket. Since Phuket is one of the largest Thai-Chinese communities, you can taste a variety of Chinese food like dim sum and Hokkien noodles and see the Chinese influences in its Sino-Portuguese houses. Some are museums, so you can also enter these shophouses and mansions.