You timed your arrival in Bangkok well. Since Monday, we’ve been experiencing the coolest weather in Bangkok in a long, long while. With the Meteorological Department announcing that the lowest temperature of around 14-17 °C will be with us until this Saturday, let’s find out how to enjoy it. 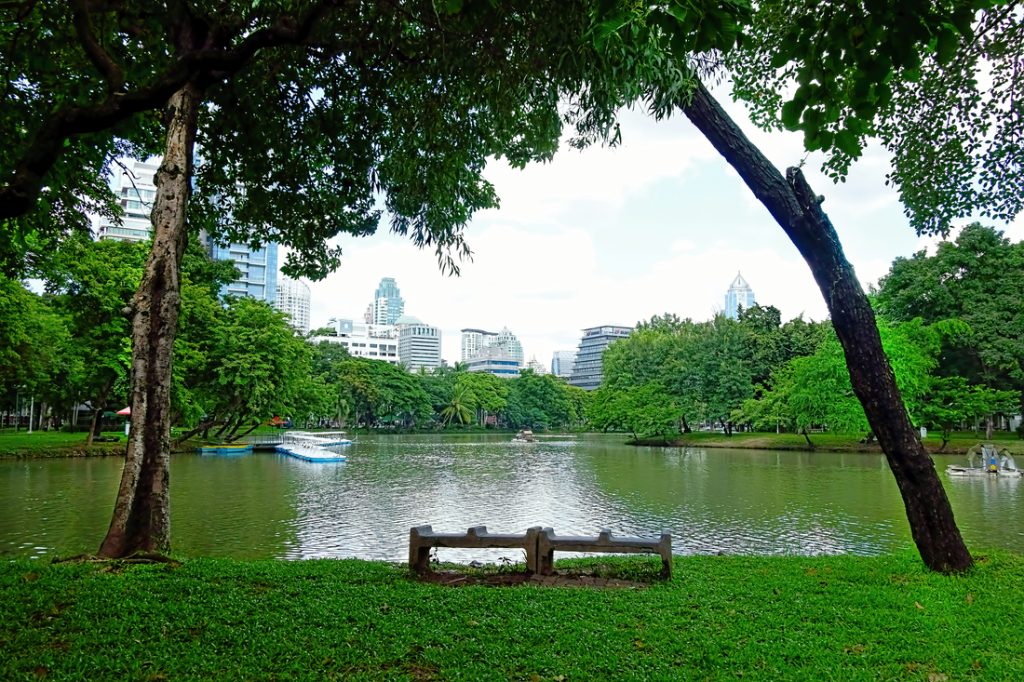 Take a morning jog in the crisp, cool air. Then enjoy steaming hot rice soup or congee (or other breakfast if you want to) with locals in the lush park. What a lovely way to rise and shine.

Lumphini Park is the most centrally located park, but check out 7 Best Parks and Green Spaces in Bangkok if you stay in other areas. 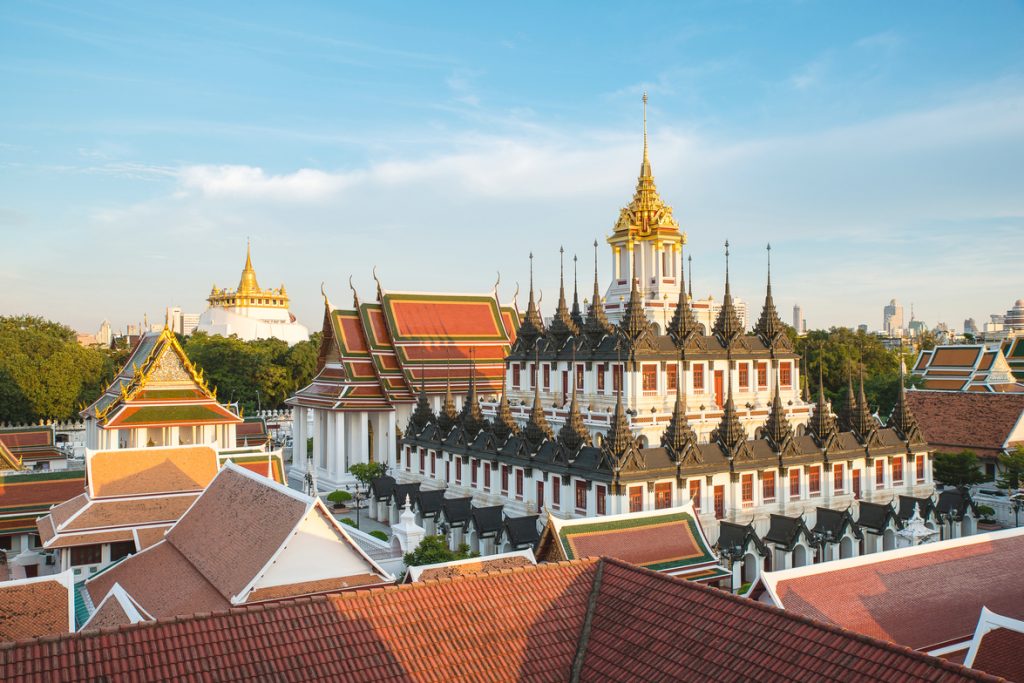 It’s obviously one of the best places to visit in Bangkok all year round, but instead of only wandering around the Grand Palace and Wat Pho, we suggest you take a long walk all over the area. Although the Giant Swing is being renovated, you can still visit Wat Suthat and Devasathan (Brahmin Temple) nearby. Then stroll to the Democracy Monument, the Metallic Castle at Wat Ratchanaddaram and the Golden Mount at Wat Saket. All these places are incredibly unique, but blissfully non-touristy.

While walking, you’ll be passing by many shophouses. Century-old restaurants (including the only Michelin-starred street food restaurant in Michelin Guide Thailand), vintage bookstores, Buddhist ritual item shops and so on. There’s no better weather to take a leisurely stroll and take in the details of Bangkok Old Town.

3. Wat Arun and Beyond 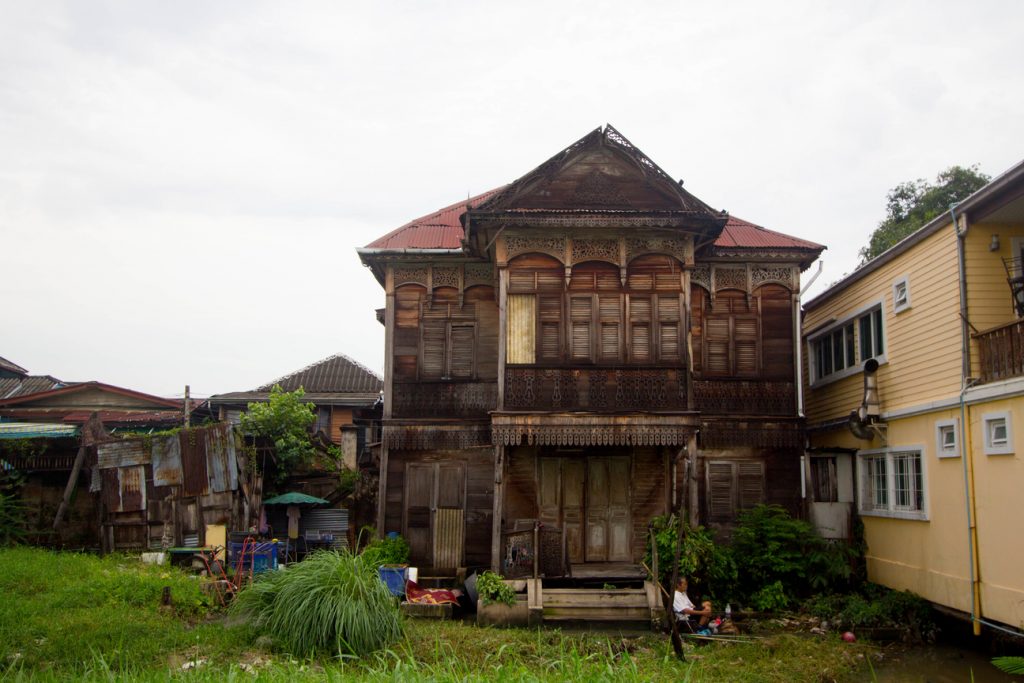 Though you won’t be able to climb the iconic stupa at Wat Arun until its upcoming official reopening, you can now see the Temple of Dawn in its full glory.

In this weather, there’s no reason to not explore the whole riverside area of Thonburi on foot. In addition to Wat Arun, visit Wat Kalayanamitr and Bangkok’s biggest Buddha. As the name suggests, praying there is believed to bring you true friends. Also nearby is the multi-religious community of Kudi Jeen with Kian Un Keng Shrine and Santa Cruz Church. Many residents have Portuguese heritage. You can learn about their local life through exhibitions at Baan Kudi Jeen Museum and Portuguese-influenced bakeries called Kanom Farang. Our Local Expert can even show you more about the other side of the Chao Phraya River. 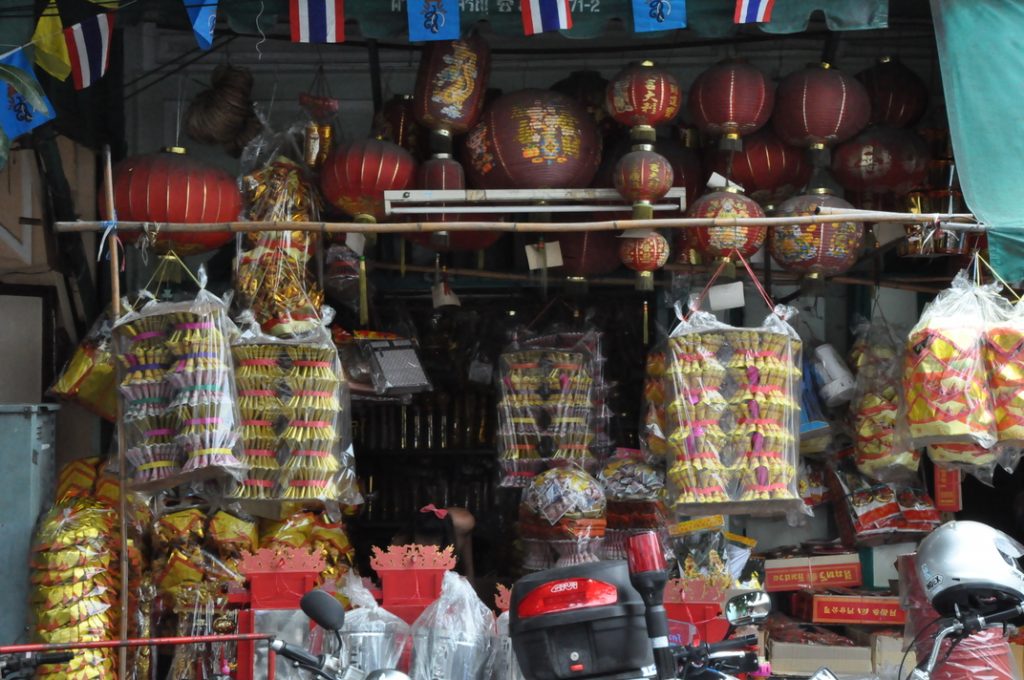 Again, a hugely popular attraction. But you don’t have to worry about the heat and miss great things at daytime for a night visit. Head to Wat Traimitr for the world’s biggest solid gold Buddha image and go shop hopping to see strange herbs, unimaginable ingredients and unique joss paper for Chinese ancestral worship. Our Local Experts can help you uncover the treasures of China Town.

Some restaurants and street food stalls are open day and night, so you’ll still find lots of things to eat.

While Thailand’s biggest amusement park isn’t a Disneyland-level place, it’s still great and is one of the most popular amusement parks in our country. Thai parents bring their kids there and teens and adults alike love it. Siam Park City is action-packed with over 30 thrill rides and family attractions and we’re sure it’s much more fun in this weather. If you want to feel even cooler, Asia’s largest water park is also there with the world’s biggest water slide.

We offer special deal on Siam Park City tickets. If you’re looking for more entertainment, see our list of 6 Best Theme Parks and Water Parks in Thailand for you.

That’s it for the best places to visit in Bangkok now. Seize the coolest days and explore Bangkok as much as possible. For more unforgettable experiences with Bangkokians, see our local version of things to do in Bangkok.